↓
Paragon House Publishers→Categories of books that make a difference

Paragon House books provide readers with the knowledge and insights in a world of  division, confusion, and dysfunction. Individuals and groups need to transcend egocentrism and ethnocentrism with higher levels of consciousness and knowledge.  Transforming knowledge in the following areas of study can make a difference.

Categories for Books that Make a Difference

The modern world, driven by science, economic and political interest groups, and individualism, is fractured into countless parts that do not relate to the entire systems in which we live. In the sciences, systems analysis began to see the limits and dangers of such fractured worldviews in the 1950s, but special interest politics and strategic studies soon eclipsed systems theories. In psychology and religion, integral thought began to fill this vacuum in the 1970s, most notably centered around the California Institute of Integral Studies and the writings of Ken Wilber, which have matured in his book TheReligion of Tomorrow (May, 2017).

Paragon House publishes books that draw on this work and apply it in philosophy, religion, psychology, and the social sciences.

Philosophy is a reflection on human life, the world, and the future. The philosophical imagination has evolved along with human civilization and consciousness.

Paragon House has a strong line of books in philosophy, notably its Issues in Philosophy series. This includes philosophy of science, ethics, social and political philosophy, regional and cultural philosophies, introductions to philosophy, and philosophical movements.

Governance provides smooth functioning of entire societies, whereas politics is a contest over resources and power in the absence of good structures of governance. A system of governance, like other systems–an automobile, a computer, a human being–are systems created by the integration of functional components.

A constitution and laws for good governance provides a framework for people to pursue happiness. They evolve, like computer operating systems are written with knowledge of how components like processors, memories, programs, printers, scanners, power supplies and other devices work together to enable a user to achieve more efficient writing, accounting, graphic design, and a host of other applications. Societies can be hijacked by political parties and interest groups through laws that take control of social resources in much the way computer hackers take control of computers and take information for personal profit at the expense of the computer owner. 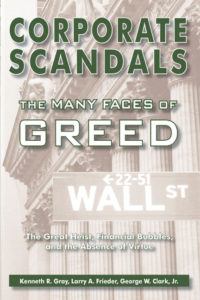 Economics is the sphere of society involved in the creation and distribution of goods, services, and wealth. Power has always sought to dominate wealth through conquest and corruption, but societies only prosper and become happy when there is widespread ownership among middle classes, and cultural norms aim at enabling those in poverty economically successful. 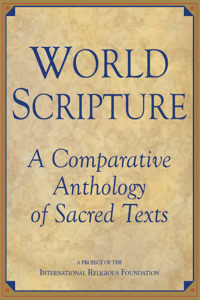 Religion provides meaning and order for human society through beliefs and explanations about life and the universe. Unlike modern science and individualism, religions seek to unify human life and community in an integrated system. World religions form the basis of the major cultural systems, and evolved as tribal cultures merged in the “axial age” between 600 BC and 100 AD.

Religions struggle between providing stability through clear doctrines and evolving to higher levels of growth and consciousness as human societies mature, World peace requires religions to understand and respect one another and to evolve in ways that transcend rigid ethnocentric group identities.

The earth’s resources are necessary for people to live, yet are limited and must be shared, Air, soil and water must remain clean. As the world’s population increases, greater personal and social consciousness about the earth’s environment are necessary to keep life healthy and sustainable.